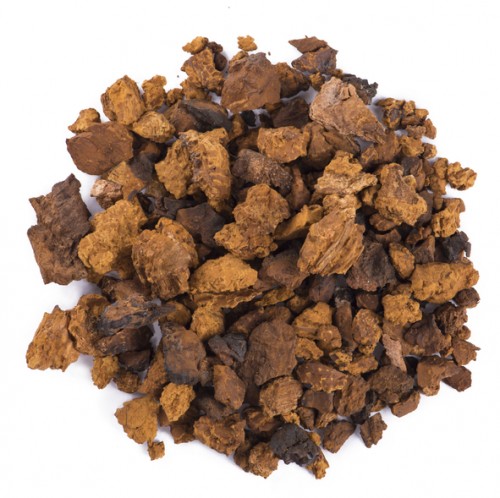 In recent years, the Chaga mushroom and its tea have had a resurgence in popularity as people have taken a new interest in the many benefits associated it. Unique in the mushroom kingdom since it is heavily melanized with a striking black color, the Chaga mushroom almost resembles a burnt piece of bark. It doesn't help that the mushroom grows in an irregular form, truly resembling a burnt piece of charcoal. Yet in spite of its odd appearance, this strange mushroom has been hailed throughout Europe and Asia as an otherworldly gift for its powerful, restorative abilities.

The Chaga mushroom has been consumed for centuries in the East, where many of the top benefits are well-established. Recently, the Chaga mushroom and its tea have gained popularity in the West, as it is being recognized as a superfood. Chaga is a highly concentrated mass of mycelium that protrudes from birch trees infected by a parasite. For many first time Chaga mushroom users, they might be a bit alarmed at the fact that it is essentially a mushroom that stems from a birch tree. However, the parasite is non-toxic. The parasite is a particular strain of fungus called inonotus obliquus. When it grows on a birch tree, the exterior of the fungus – or mushroom – has a dark, almost cracked aesthetic. When you open up the Chaga mushroom, the interior has a striking yellow and brown color. Unlike many mushrooms that tend to thrive in warm and moist climates, the Chaga mushroom is mostly found in very cold habitats. It grows extraordinarily slow, suggesting that it is a reliable source of slow-release, bioactive compounds. In nature, the Chaga mushroom grows on birchbark and contains a proportionate amount of betulin. Betulin by itself is not particularly bioavailable, with it being poorly absorbed by humans. However, the Chaga mushroom has a unique ability to convert betulin into betulinic acid. Compared to betulin, betulinic acid is bioavailable even when taken orally or in tea form.

If you were to visit any health shop in Finland, then you will most likely bump into raw Chaga mushrooms, dried extracts, or even tinctures. Chaga mushrooms have a long history in Siberia and Scandinavian folk medicine, with the first Chaga mushroom dating back more than 5000 years ago, when ancient Europeans carried Chaga mushrooms in their bag for medicinal purposes. Chaga mushrooms are well known to be potent against cancer, with even important figures like Tsar Vladimir Monomakh self-medicating a cancerous tumor on his lip with the power of Chaga mushrooms.

Understanding the Medical Use and Purpose of Chaga Mushrooms

The primary medical use of Chaga mushrooms generally includes using it as a medium to boost the immune system. In turn, Chaga mushrooms can be used as a preventative measure for many diseases and illnesses. Chaga mushroom teas also can be used as a weight-loss aid, with it helping to alleviate many forms of anxiety. Chaga mushrooms are considered similar to shiitake mushrooms. It contains a host of minerals, vitamins, and phytochemicals. These trace minerals in the mushroom reinforce the body's defenses, especially against cancer and other malignant growths. One of the substances in the Chaga mushroom that is known to fight cancer is betulinic acid. Chaga mushrooms are safe to be eaten, but it is mostly consumed in the form of a tea or tincture. Many supplements also use the powder form of Chaga mushrooms, with crushed parts of the plant being used in capsules. Immune support is one of the medical uses of Chaga mushrooms. The antioxidants and phytochemicals help the immune system fend off against diseases and help people get over colds and the flu much faster. These immune boosting effects also help the skin repair itself, healing against dermatitis. Some studies also have put a spotlight on the Chaga mushroom's ability to speed up metabolism, making it a safe weight loss aid. As with any other potential health aid, it is important to err on the side of caution and consult the help of a doctor or a physician before you use Chaga mushrooms. Even though Chaga mushrooms are relatively safe, there may be the potential for an adverse reaction, especially if you're using other forms of medication. If a health problem is suspected, a medical examination should be performed to expose the underlining cause of your symptoms and to determine the appropriate treatment. Chaga mushrooms, although healthy and able to boost the immune system, should not be used as a form of treatment for pre-existing conditions.

The Clinical Aspects of Chaga Mushrooms

Extracts of Chaga mushrooms have an inhibitory effect on colon cancer and hepatoma cells, which is cancer originating in the liver. Inotodiol is a compound that affects the growth of tumors. Inotodiol has been demonstrated to be particularly effective against cervical cancer cells. In particular studies, Chaga mushrooms and its extracts demonstrated selective apoptosis in tumor cells – meaning that the elements in the mushroom trigger a sequence of events which ultimately lead to the death of the cell.

Even though these are amazing benefits of Chaga mushrooms and it extracts, it is important to understand that no clinical trials have been conducted to assess Chaga's ability and efficacy for disease prevention or for the treatment of cancer, sickness, cardiovascular disease, or diabetes. In vitro studies, Chaga mushroom extract may actually interact with anticoagulant drugs. If you are a person who is taking medication for blood clotting issues, then it is important to consult the help of a physician before making Chaga mushrooms and its derivatives a staple in your diet.

The Effects and Benefits of Phytochemicals and Antioxidants

Antioxidants are substances that help your body fight against the harmful effects of unstable, free radicals. Phytochemicals are concentrated in plants like the Chaga mushroom and has many potential benefits when consumed. Antioxidants get their name because they fight oxidation. When exposed to environmental factors like smoke and radiation, oxidation can cause uncontrolled growth of cells. Many times this triggers a number of tumors associated with cancer. Oxidation can also exacerbate arthritis, heart disease, Alzheimer's, and Parkinson's disease. Some of the antioxidants found in Chaga mushrooms include flavonoids, lycopene, and betulinic acid. When used in a tea, the hot water releases the active antioxidants and phytochemicals in the mushroom. Chaga tea is exceptionally high in antioxidants, and it is an exceptional resource for helping to counter free radical damage. It is full of vitamin K, vitamin D, several types of B vitamins, and calcium.

The Unique Benefits of Betulinic Acid

Betulinic acid is a natural anti-inflammatory and anti-retroviral triterpenoid that is recently discovered to have potential as an anticancer agent. In 1995, Betulinic acid has been studied to be able to inhibit melanoma, a type of skin cancer. Even though Betulinic acid in the Chaga mushroom has undergone strenuous experiments to see its mode of action, little is actually known about its mechanism. Betulinic acid has been observed to trigger cellular death of tumor cells with DNA fragmentation.

The walls of Chaga mushrooms are made of chitin, an exoskeleton that is tough to break. It is also largely indigestible. This means that the process of extracting the active phytochemicals and antioxidants is particularly important for preparing it for human consumption. Chaga tea. Chaga tea is a most common method of preparing it. It is very similar to preparing a traditional cup of tea, where the chunks of Chaga mushrooms or powder extracts is steeped in hot water. With this method, all polyphenols will be present in the tea. Break up the Chaga and drop a handful of it in the pot of boiling water. Let it simmer until the water turns a reddish brown color, which will typically take about an hour. Strain the tea, and add your favorite sweetening like maple or honey to taste. To take full advantage of the biochemical profile of Chaga mushrooms, you can consider making a tincture out of it. A tincture will release the Betulinic acid via double extraction. A tincture uses an alcoholic medium to extract the medicinal components and preserve it. One tablespoon of the tincture can be added to a single eight-ounce drink. 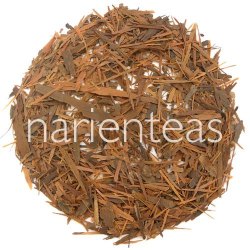 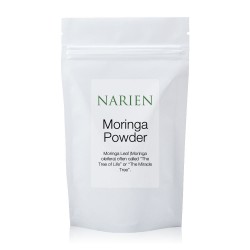 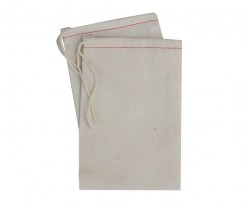