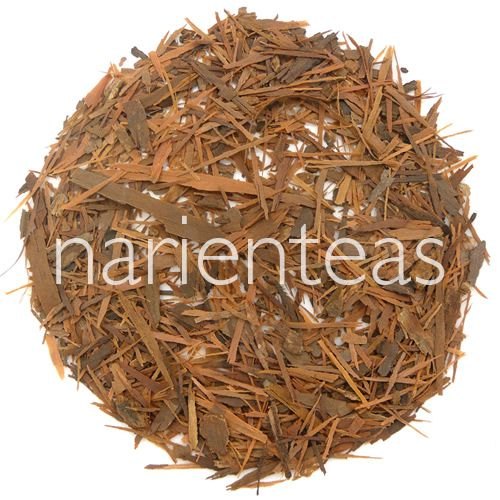 Pau d'Arco Tea also known as Lapacho Tea or Taheebo Tea or Ipe Roxo made from inner bark grown in the Andes of the South American rainforest.

Indigenous peoples of South America including Incan tribes to present day shamans have brewed Pau d'Arco tea to treat a variety of ailments including infection, fever and stomach complaints. 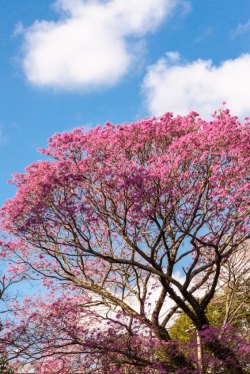 Pau D'Arco – or handroanthus impetiginosus - is a Bignoniaceae tree that grows across South America, with the tree especially concentrated in Argentina. The national tree of Paraguay, Pau D'Arco has had a recent resurgence as a superfood that has been found in many a health enthusiast's teacup.

The Pau D'Arco tree is very large, with its trunks sometimes reaching several meters in height. The tree is a slow grower, with a canopy that is usually large but sparse. The tree flowers between July and September, with large, tubular shaped flowers that are often pink purple or magenta.

The benefits of Pau D'Arco is in its bark. The bark of this plant is brownish gray and is particularly coarse. The unassuming bark is rich in tannins, making the tree particularly resistant to external aggressors. The bark of the Pau D'Arco tree is harvested, processed, and dried. This shaved bark is then used for teas and tinctures.

More Than Just A Plant

The Pau D'Arco tree is typically used as a honey plant, as well as an ornamental tree in landscaping gardens. Since it is rich with tannins, the plant is resistant to rain, sun, and snow. Due to its impressive foliage and flowers, many use it as an ornamental tree in many boulevards and squares across cities like Bangalore. The inner bark of the Pau D'Arco tree is used in traditional medicine. It is dried, shredded, and then boiled, creating a tea that is brownish in color. Its tea is where the Pau D'Arco plant shines as a superfood. Scientists have found several active chemicals in the Pau D'Arco plant that can be particularly beneficial to humans. These chemicals are called naphthoquinones, and its derivatives lapachol and beta lapachol. These chemicals are known to actively kill fungi, bacteria, and even parasites. They also have the unique ability to be anti-inflammatory and effective against diseases like osteoarthritis. Naphthoquinones. Naphthoquinones are naturally found in nature, and they have antibacterial and antifungal effects. It has notable pharmacological properties: these compounds are cytotoxic, making it particularly toxic to living cells, particularly those that are harmful to humans. Naphthoquinones effects are hard to study since it is very complex. This chemical is able to bind to DNA and inhibit the process of replication, inherently causing death. It stops the cell from interacting with proteins and enzymes, halting the processing of the cell's energy. Naphthoquinones are widely used in China and South America, as they are applied to parasitic treatments. Lapachol and beta lapachol. The antitumor effects of lapachol have been demonstrated to significantly repressed the activity of cancerous tumors not only in rats but also in humans. Pure lapachol has been shown to be able to shrink tumors and reduce associated pain caused by its growth. It has been known to be particularly effective with kidney, liver, breast, and prostate cancer. A handful of patients even entered complete remissions due to lapachol and its derivatives. It is believed that the antitumor activity of lapachol may stem from its interaction with nucleic acids. It exhibited the ability of tumor inhibition by activating certain proteins that caused the tumors to slowly die via apoptosis.

The Benefits of Pau D'Arco

Pau D'Arco also contains compounds like benzenoids and flavonoids, which have biological activity when consumed. They are particularly damaging to harmful organisms. Pau D'Arco has been used as a traditional medicine for hundreds of years, with multiple studies showing that Pau D'Arco accelerate the healing of skin wounds and can be beneficial against staph infections. Pau D'Arco extracts can also help reduce redness and swelling. Many people who suffer from dermatitis or rosacea can benefit from the topical application of Pau D'Arco tea onto the affected area. Over time, the inflammatory response in the skin is relaxed due to the tannins and the lapachol in the tea.

The United States Department of Agriculture's Western Regional Research Center has seen anti-oxidative activities from this superfood. Free radicals are naturally created during the lifecycle of a living cell. Free radicals, however, can be exasperated in the presence of UVA rays. Malignant growth stems from free radicals, potentially creating cancerous tumors that overcome the body. The antioxidants and Pau D'Arco can help nullify these radicals, preventing the formation of these cancerous growths. Throughout the Amazon, especially South America, Pau D'Arco and its extracts have been used to treat conditions like:

Now that the Pau D'Arco plant and its extracts have become more popularized in the United States, Pau D'Arco and the plant have been used as an herbal remedy to help treat:

The recent increase of drug-resistant strains of bacteria has piqued the interest of the scientific community on organic and inorganic compounds that have antibacterial and antifungal effects. Pau D'Arco has been the subject such interest. Researchers have noted and observed advantageous activity of Pau D'Arco when it comes to candida, alleviating the symptoms. It's Important to Use Quality Pau D'Arco Supplements

As Pau D'Arco become more popular, it has been scrutinized for its efficacy. It's important to use quality products. Unless you have access to a Pau D'Arco tree, it is best to rely on a reliable source, where it is processed with quality in mind.

A Word of caution With Pau D'Arco Tea and Supplements

It is important to understand that the benefits of Pau D'Arco have been noted, but they haven't gone through the strenuous evaluation of the medical community. Even though Pau D'Arco, it's teas, and its derivatives are safe, it is best to err on the side of caution and visit a doctor before you try to supplement your diet with the tea. Some of the few side effects associated with Pau D'Arco include an upset stomach and nausea – but this only happens with very large servings. Also, individuals who take blood thinners should consult a health provider before supplementing with Pau D'Arco. Bitter herb that contains a natural antibacterial agent, has a healing effect, and cleanses the blood. Good for candidacies, smoker's cough, warts, all types of infection, diabetes, ulcers, rheumatism, allergies, tumors, AIDS, leukemia, cancer, and liver disease. [1] 1. Balch, P. A., & Balch, J. F. (2000). Prescription for nutritional healing. New York: Avery. 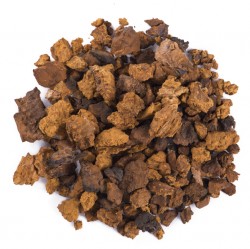 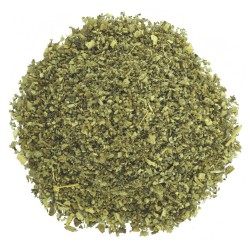